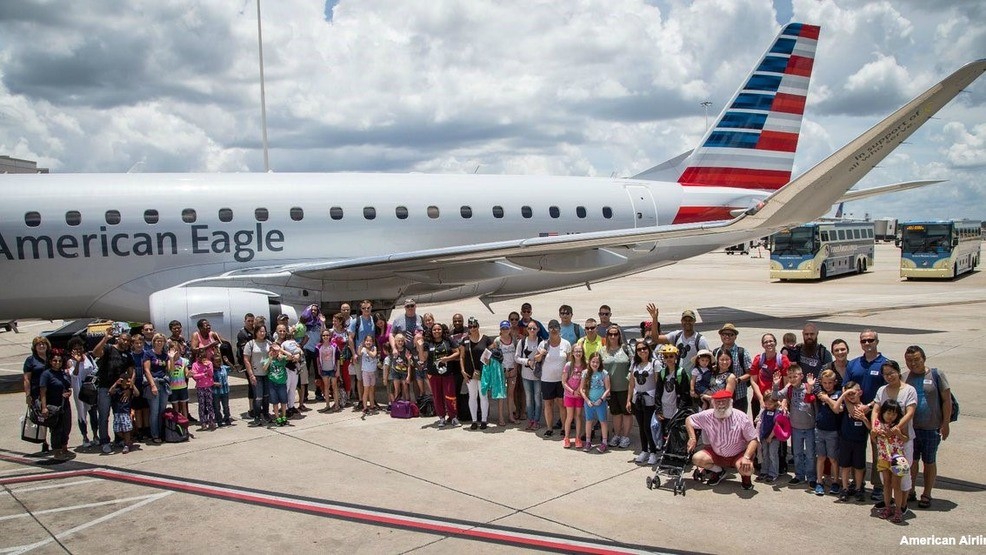 Photo Taken from American Airlines Event to bring Patients and their Families from Walter Reed to Disney World, 2017

About American Airlines: American Airlines is the world’s largest airline when measured by fleet size, revenue, scheduled passengers carried, scheduled passenger-kilometers flown, and number of destinations served. American, together with its regional partners, operates an extensive international and domestic network with almost 6,700 flights per day to nearly 350 destinations in more than 50 countries. A longstanding supporter of USO-Metro, American Airlines donated airline miles and volunteer luncheons provided by their staff throughout the year.