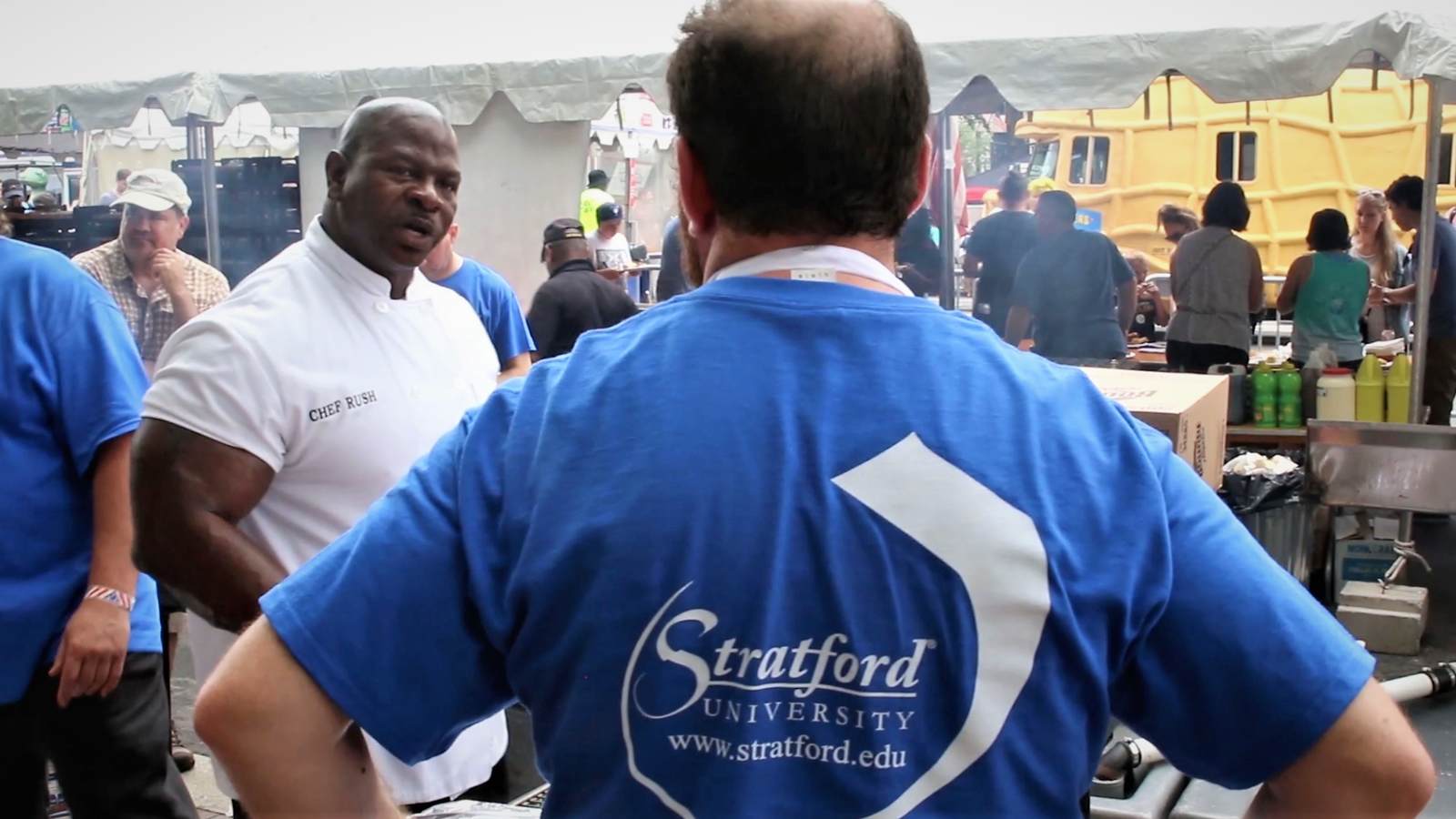 Culinary teams are revving up for the military cook-off during the Giant National Capital BBQ Battle , which draws hundreds of thousands to picturesque Pennsylvania Avenue every year.

Contestants will face off throughout the two-day festival from June 23 to 24 while representing each of the military branches.

“Students, faculty and staff, it’s all volunteer,” said Chef Christopher Carey, an instructor from Stratford University’s School of Hospitality and Culinary Arts . “They ‘Iron-Chef’ basically against each other to have the award at the end of the week.”

Instructors will be looking for presentation, taste and teamwork, but the public will ultimately have the final say in which branch was the ultimate pitmaster during the two-day public vote period.

“Whoever has the best barbecue dish wins, and they definitely want bragging rights,” Air Force Veteran Erica Green said. “The competition is pretty intense, especially among the service members.”

She is currently a student in Stratford’s culinary program with her husband, Navy Veteran Tim Green.

The duo will compete together on a team with other chefs in the university’s sixth year of volunteer service. In 2017, the group raised more than $10,000 for the USO of Metropolitan Washington - Baltimore.

The Giant National Capital Barbecue Battle has become one of the largest and most unique food and music festivals in the country offering residents of the Greater Washington area and throughout the east coast, the chance to enjoy America’s favorite pastime right here in our Nation’s Capital.