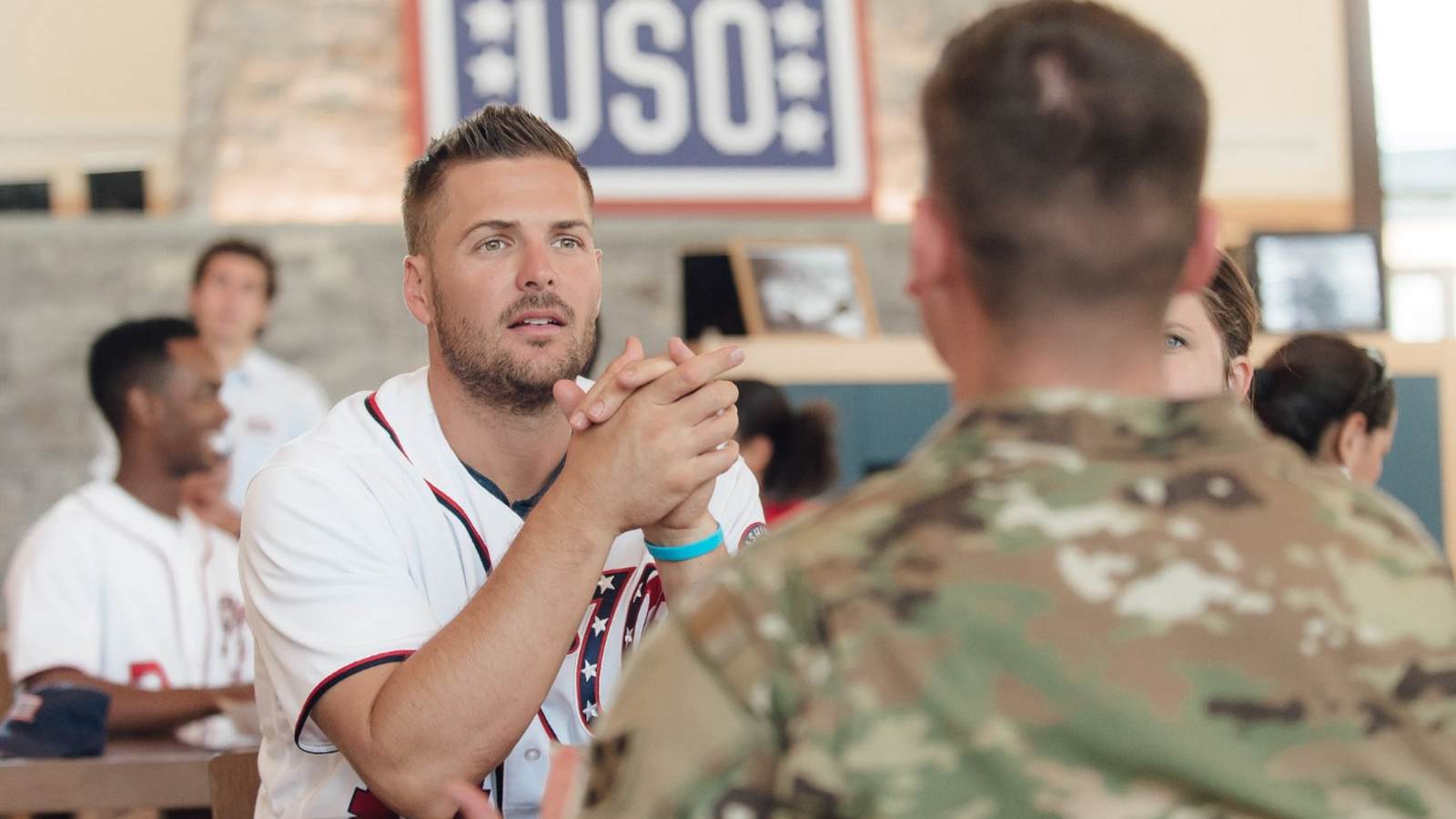 The Washington Nationals chose USO-Metro as its philanthropy partner during its annual Patriotic Series on the Fourth of July with special salutes on and off the field.

The Patriotic Series was presented by SAIC and included on-the-field features, pregame ceremonies like the first pitch, and patriotic uniforms to celebrate our troops.

Military honorees were invited to an incredible view of the game from the Delta Sky360 Club, before being invited to the field to be recognized on the scoreboard and receive recognition from the stadium. 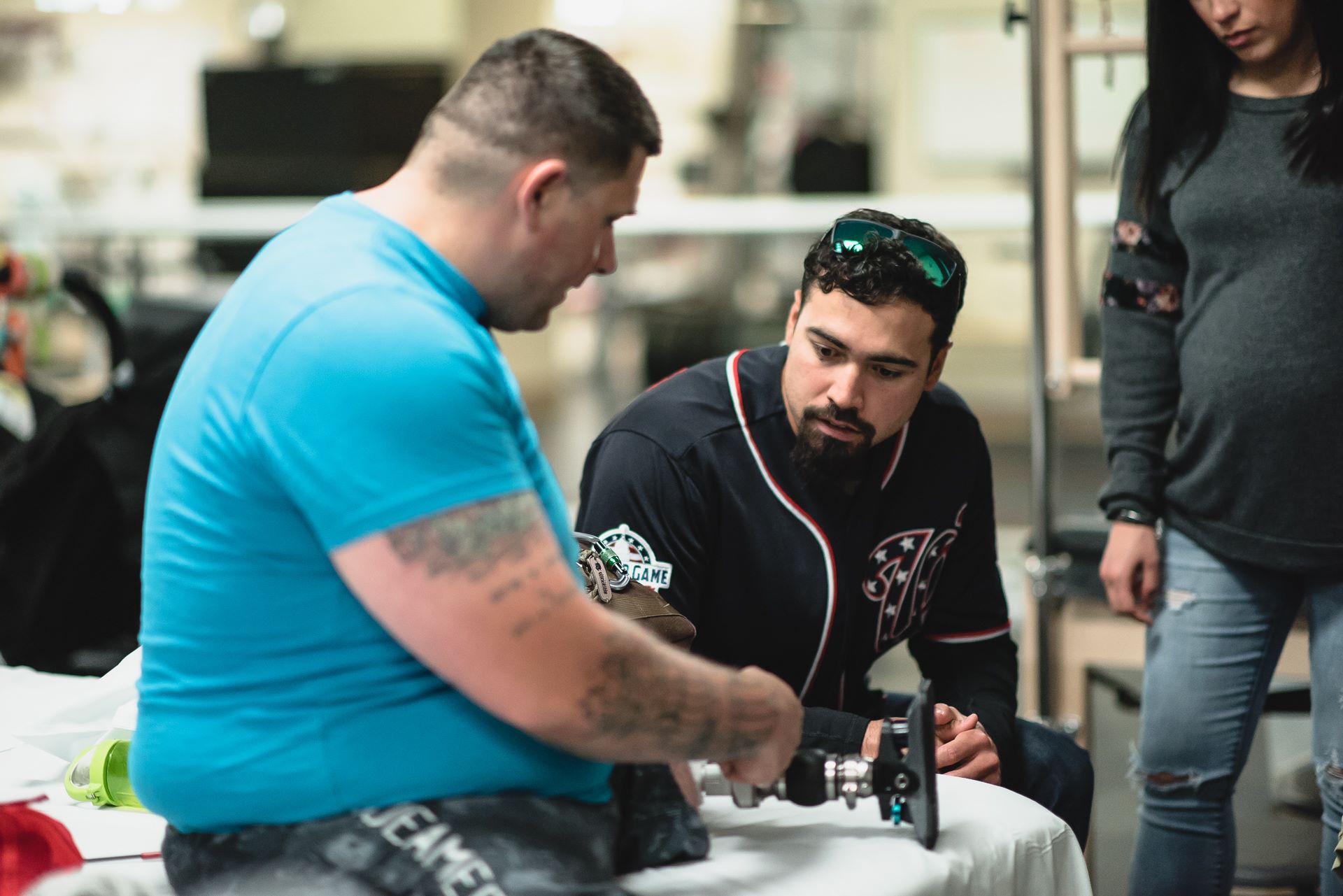 However, the Washington Nationals didn’t just honor our military on the field. they worked year-round with the USO of Metropolitan Washington - Baltimore to coordinate unforgettable visits to military bases and hospitals in the National Capital Region.

Team members visited active duty service members at the USO Warrior and Family Center at Bethesda as well as patients at the Walter Reed National Military Medical Center in partnership with the Washington Nationals’ Military Initiatives.

To stay updated on future opportunities to connect with the Washington Nationals, sign up for Ticketline.

Active duty, reservist, and active National Guard service members as well as their military dependents (with military ID) within the Washington-Baltimore region can register with Ticketline to recieve complimentary tickets to sporting and entertainment events throughout the year.