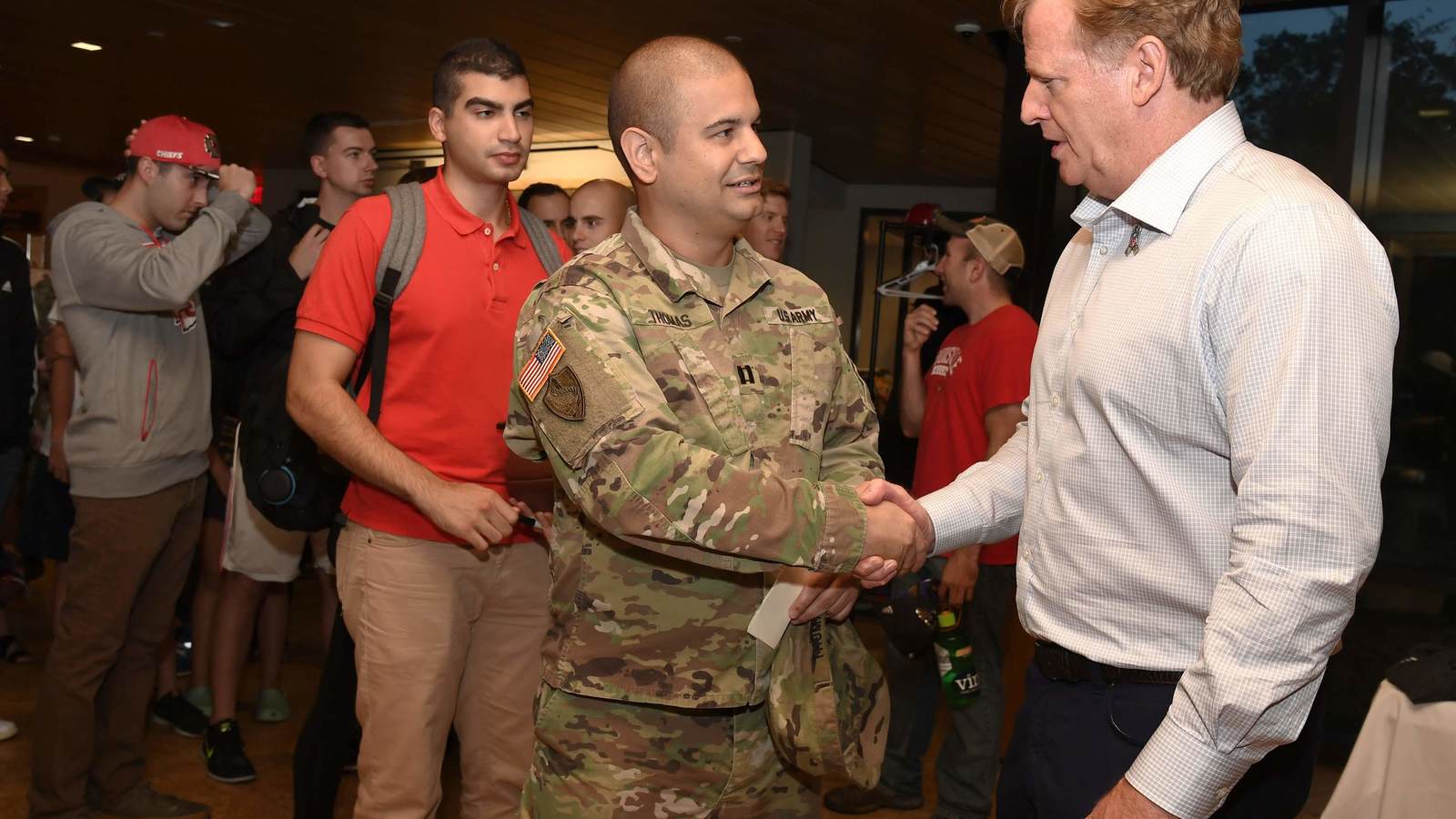 Military service members came out to meet the guests while watching the Monday Night Football game between the New York Jets and Detroit Lions. 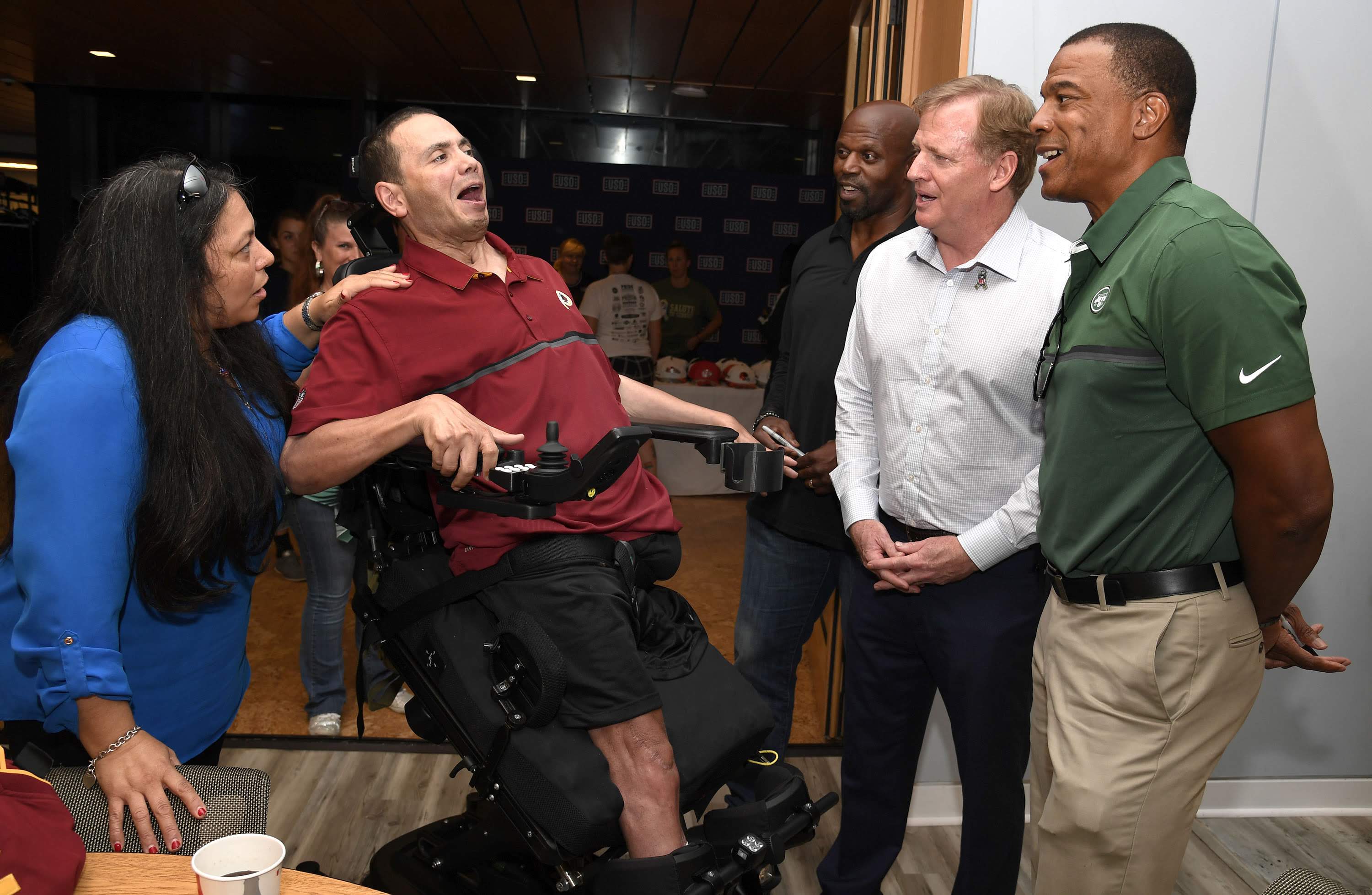 US Army Capt. Luis Avila sings the National Anthem as he is joined by NFL Commissioner Roger Goodell (2nd, right) and NFL veterans John Booty (right) and Ken Harvey as they join active duty service members and their families at the USO Warrior and Family Center at the Naval Support Activity Bethesda, Bethesda, Maryland, September 10, 2018. USO Photo by Mike Theiler.

The trips to visit ill and injured service members at the USO Warrior and Family Center at Bethesda builds off of a nearly 50-year partnership between the NFL and USO, Inc. to support the military community.

“The commitment and the sacrifice that you all make for all of us, we’re so proud of it,” Goodell said. “We couldn’t give you back more than you give us. I know that, but we will certainly try.”

Honored to join service members & their families & @USOMetroDC tonight @the_USO Warrior and Family Center at Walter Reed to watch Monday Night Football. Thank you to all our service members. pic.twitter.com/aKvjYWgKsA

The USO, Inc. announced a $5 million commitment in 2016 through the NFL’s Salute to Service initiative, which has gone to support expansion and renovations at more than 180 USO locations worldwide, allowing the USO to reach more service members and military families annually.

“Through the robust USO-NFL partnership, USO-Metro has been able to build strong partnerships with both the Redskins and Ravens as our region’s home teams,“ said Alexandra Bitonti, USO-Metro Sports and Development Specialist. "From in-game service member recognitions to a place for the military to gather during pregame and continual involvement the local installations, the Redskins and Ravens certainly show their love for our service members!”

To keep up-to-date with upcoming opportunities to connect with the Washington Redskins and other sports partners, sign up for Ticketline.

Active duty, reservist, and active National Guard service members as well as their military dependents (with military ID) within the Washington-Baltimore region can register with Ticketline to recieve free tickets to sporting and entertainment events throughout the year.