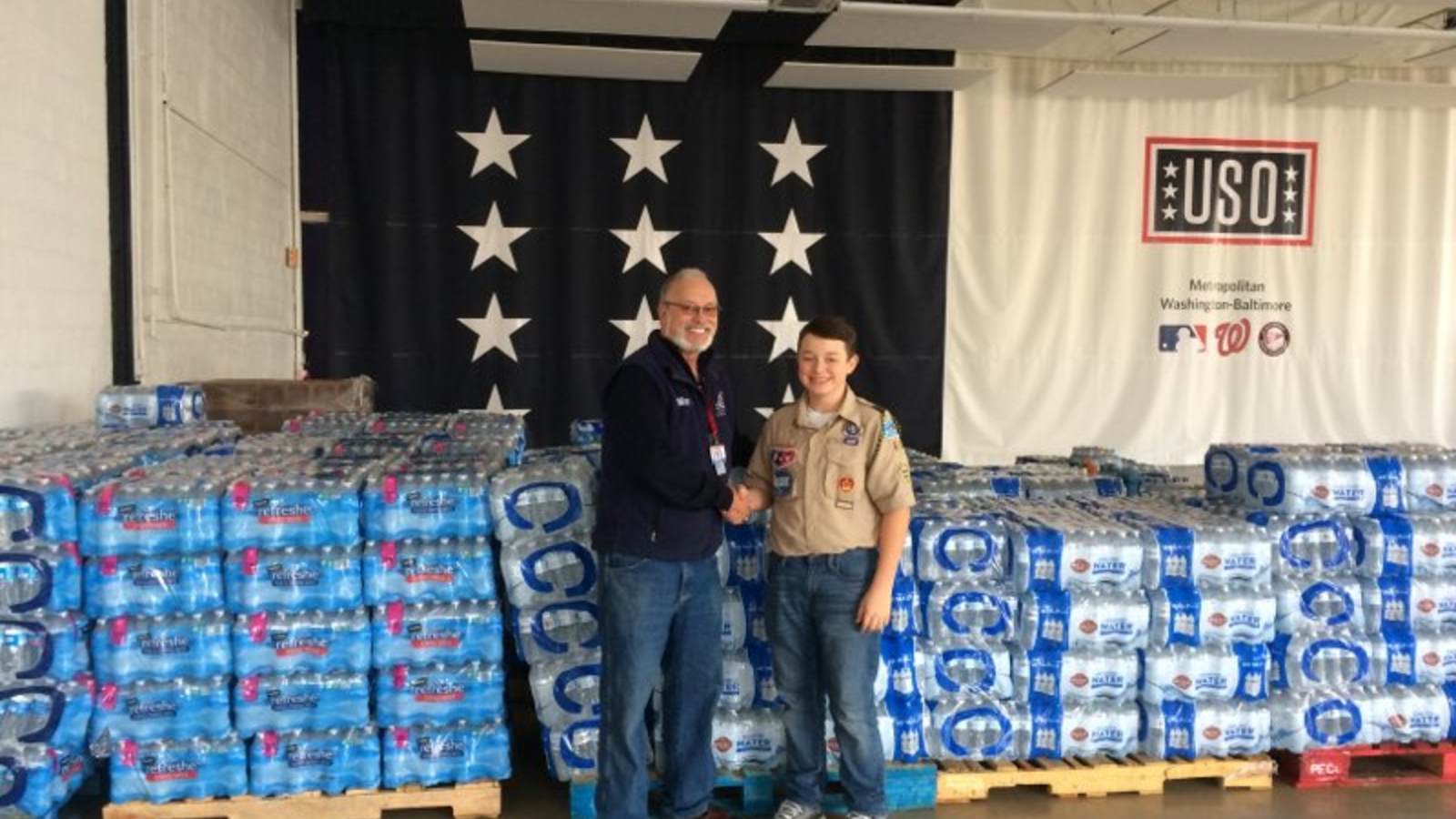 Mason Huiss, 14, teamed up with his community to donate a year’s supply of water to troops transiting the Reagan National Airport with a donation to USO Reagan Airport Lounge, which serves nearly 34,000 troops and their families each year.

“It’s a lot of fun and you get to show your leadership skills,” Mason said. “What [USO-Metro does] for the troops is absolutely amazing, and it really inspired me to do some more service projects especially for my community but also for things that are important to me like the military or the Air Force.”

Raised in an Air Force family, Mason Huiss learned about integrity service and excellence at an early age, which is why it may not have come as a surprise in his community when he began raising water for troops transiting the Reagan National Airport at just 14-years-old.

“Both of my parents were in the military so I like helping to give back and giving back to troops and the USO,” said Mason.

The Eagle Scout Service Project was inspired by his experience assisting with another project to raise coffee for troops at another airport. Both projects provide invaluable community support to troops traveling with upwards of six bags.

“USO strives to provide a healthy sources of sustenance,” said Marty Jennings, USO Reagan Airport Lounge Supervisor . “We can only meet our goals with the assistance of donors and organizations like the Boys Scouts of America.”

For more information on the lounge or how to get involved with USO-Metro, visit www.usometro.org.