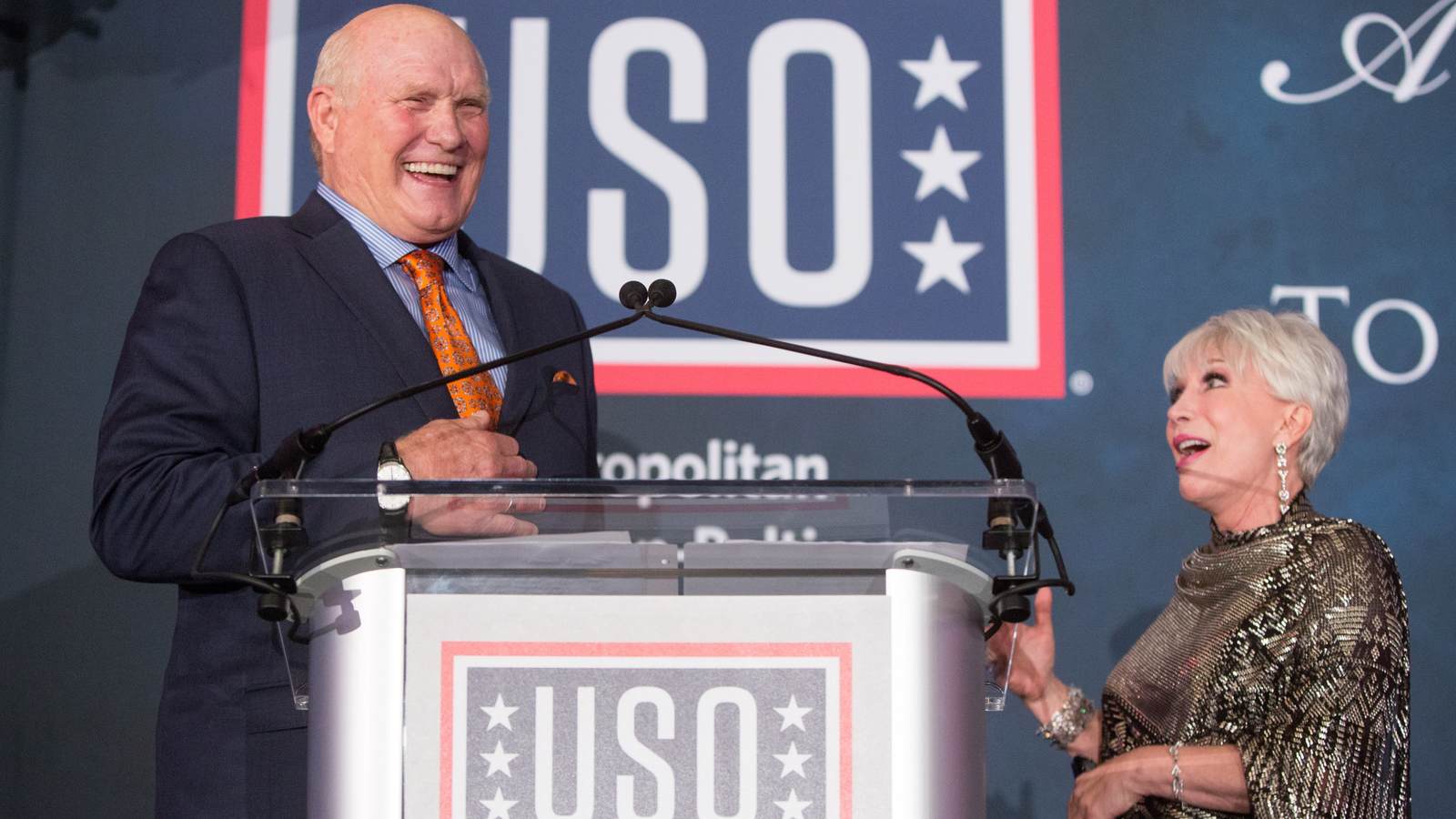 In 1976, a computer company called Apple was founded by Steve Jobs and Steve Wozniak, and the United States celebrated its bicentennial. Jimmy Carter was running against incumbent Gerald Ford for the office of the president, and Elaine Rogers began her own presidential run.

Rogers has witnessed plenty of entertainment and political history and broke a piece of the gender glass ceiling when she became USO-Metro president more than 40 years ago. She has a lifelong love and passion for leading the hundreds of staff members and volunteers who assist and aid service members and their Families.

The USO chief remembered meeting a succession of residents of 1600 Pennsylvania Ave. during her multidecade presidential tenure.

“The first president I met at the White House was Jimmy Carter,” Rogers said.

She has met every president and first lady since.

“I know sometimes I say how did that happen,” Rogers joked of her presidential brushes with greatness. “The presidents are always the honorary chairperson for the USO, so I’ve had amazing experiences not only with the presidents but with their staffs.”

She also has developed close relationships with first ladies. Two presidential spouses who made positive impressions on Rogers share the identical surname.

“Barbara Bush and Laura Bush were so gracious,” Rogers said. “I got to know Barbara Bush quite well, and we honored her one year as we did with Laura Bush. Barbara Bush was so down to earth. It was like talking to your mother with Barbara Bush. She was a gracious, gracious woman.

“You know one day I was meeting with her, and she said, ‘My feet are just killing me, and I’m taking my shoes off’. I said, ‘OK, if you are, so am I.’ She was that kind of down-home wonderful.”

Rogers worked closely with Laura Bush following the terrorist attacks of Sept. 11, 2001, during emotional meetings with survivors of the Pentagon attack.

“It was, to me, a moment in my career I will never ever forget,” she said.

Another unforgettable relationship involved long-time USO ally Bob Hope. The entertainer was a frequent flyer into and out of Washington, D.C., and Rogers recalled how she would drive Hope to Washington National Airport, so he could catch departing flights.

“I got to know him very, very well. He was quite a man,” Rogers said of Hope.

But on one occasion, she had the opportunity to visit the star at his Palm Springs, California, residence.

“He took us up to his bedroom,” she recalled. “He had a closet that was probably as big as my house, and it was filled with golf shoes. I never saw anything like it. Then he asked me if I’d like to play golf tomorrow. I wasn’t golfing then. I’m still kicking myself that I didn’t say, ‘Yes, I’d love to.’”

Hope was a regular at military hospitals, and Rogers remembered a rule he shared about visiting wounded warriors.

“He taught me this, and so did (actress) Connie Stevens, when we go somewhere, we are there to uplift the troops,” Rogers said. “That’s what we’re there for. Hope said when you go into a hospital room, you do not go in there and cry. If you want to cry, go somewhere else and cry because we’re here to make them feel special and feel good. This stays with me all the time.”

Behind the scenes, Rogers has built long-lasting working relationships with other celebrities like Terry Bradshaw, Gary Sinise and Stevie Nicks, but she does not view the VIPs as movie or sports stars, she sees them as mega-morale boosters.

Rogers’ genuine heroes are the military women who have distinguished themselves since she became USO president over a generation ago.

“When I came into the USO, it was a male-dominated industry,” Rogers said. “The defense companies were mostly male. My board was all male, and I hardly got to meet any women in the military because they were mostly in the nursing corps. This is what is amazing to me: I have watched in my career woman become petty officers or a sergeants major. I’ve watched Gen. Patty Horoho, who was the first woman commander at Walter Reed Hospital, and then became the first woman nurse to become surgeon general of the Army. In my lifetime, I’ve watched women go up the ladder of success. They are my heroines, my heroes.”

Pentagram reporter Jim Dresbach can be reached at jdresbach@dcmilitary.com.