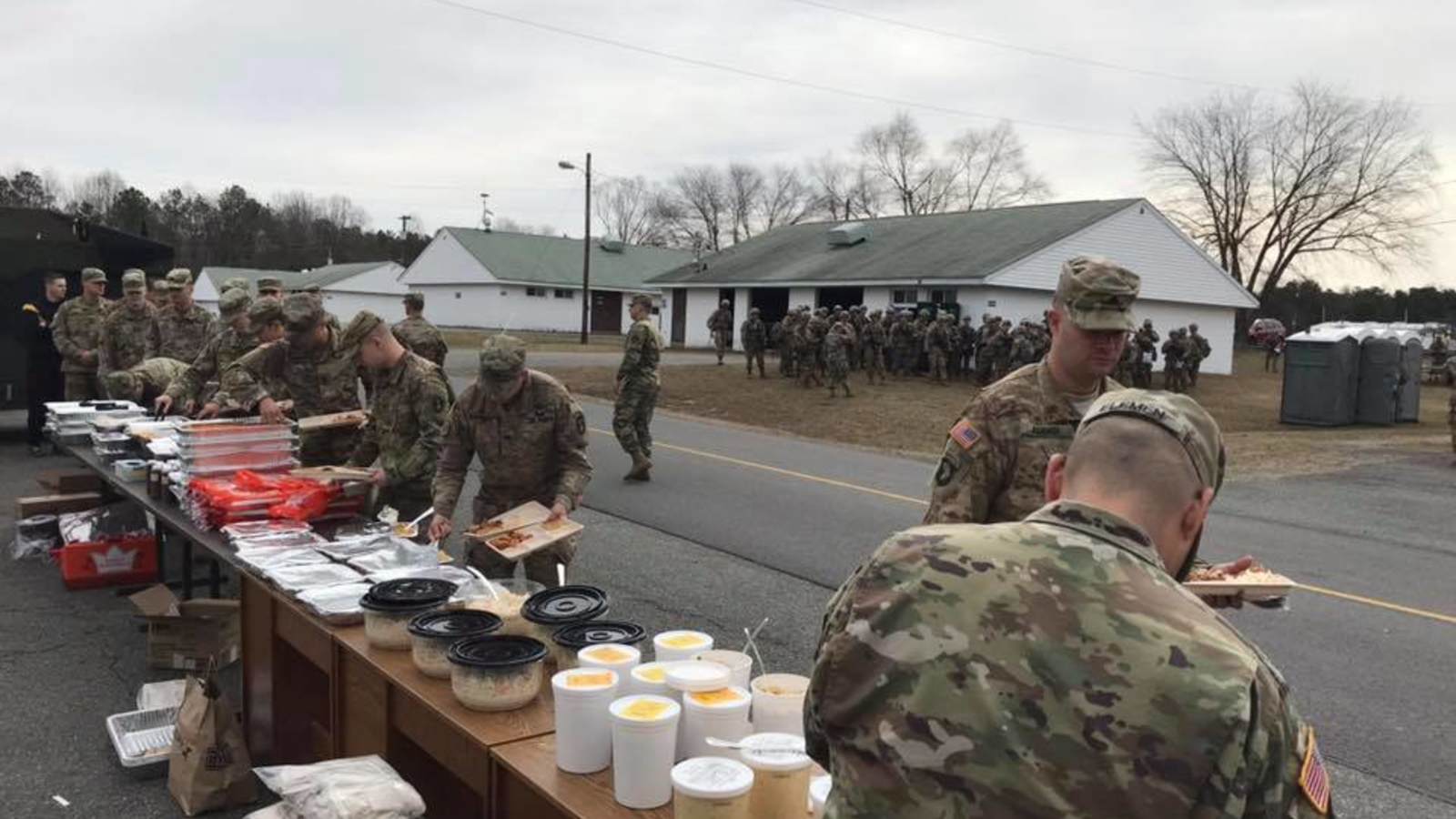 March has been an eventful month for USO-Metro! In addition to hosting an incredible 37th Annual Awards Dinner, staff and volunteers at the USO-Metro Centers have continued to diligently serve service members and their families throughout the National Capital Region.

USO-Metro’s Warrior and Family Centers had a busy month in and out of the centers. There was plenty of food and fun!

The USO Warrior and Family Center at Fort Belvoir invited families to explore space without leaving Earth with a trip to NASA Goddard.

They also set up a March Madness bracket tournament for a little friendly competition.

Volunteer Susan at the USO Warrior and Family Center at Bethesda prepared a delicious meal for service members.

They also hosted a viewing party to celebrate baseball’s opening day, so everyone could cheer for their favorite team!

Our USO-Metro Airport Lounges were busy serving all of our traveling military members and their families this month.

The BWI Airport USO Lounge reminded travelers that they can drop off their luggage at the USO and relax!

They supported The Old Guard as they went for their Expert Infantry Badge with a hot meal!

They also reminded everyone that starting April 1, the JBMHH USO Honor Guard Lounge will operate under new hours.

In addition to their Supermarket Sweeps, the Fort Meade USO had plenty of cinnamon buns to share!

The Baltimore MEPS USO had the opportunity to witness a swearing-ceremony for some of the newest members of our military.

They also shared the memory of Poe bringing Dunkin’ to the Baltimore MEPS USO!

USO-Metro Mobile and Field Operations shared clues for a special Shamrock treasure hunt on Joint Base Andrews! All of the treasures were found and everyone had a great time.

Visit our USO-Metro Center Facebook pages to keep up with what’s going on at a location near you!