A Journey From “Welcome” 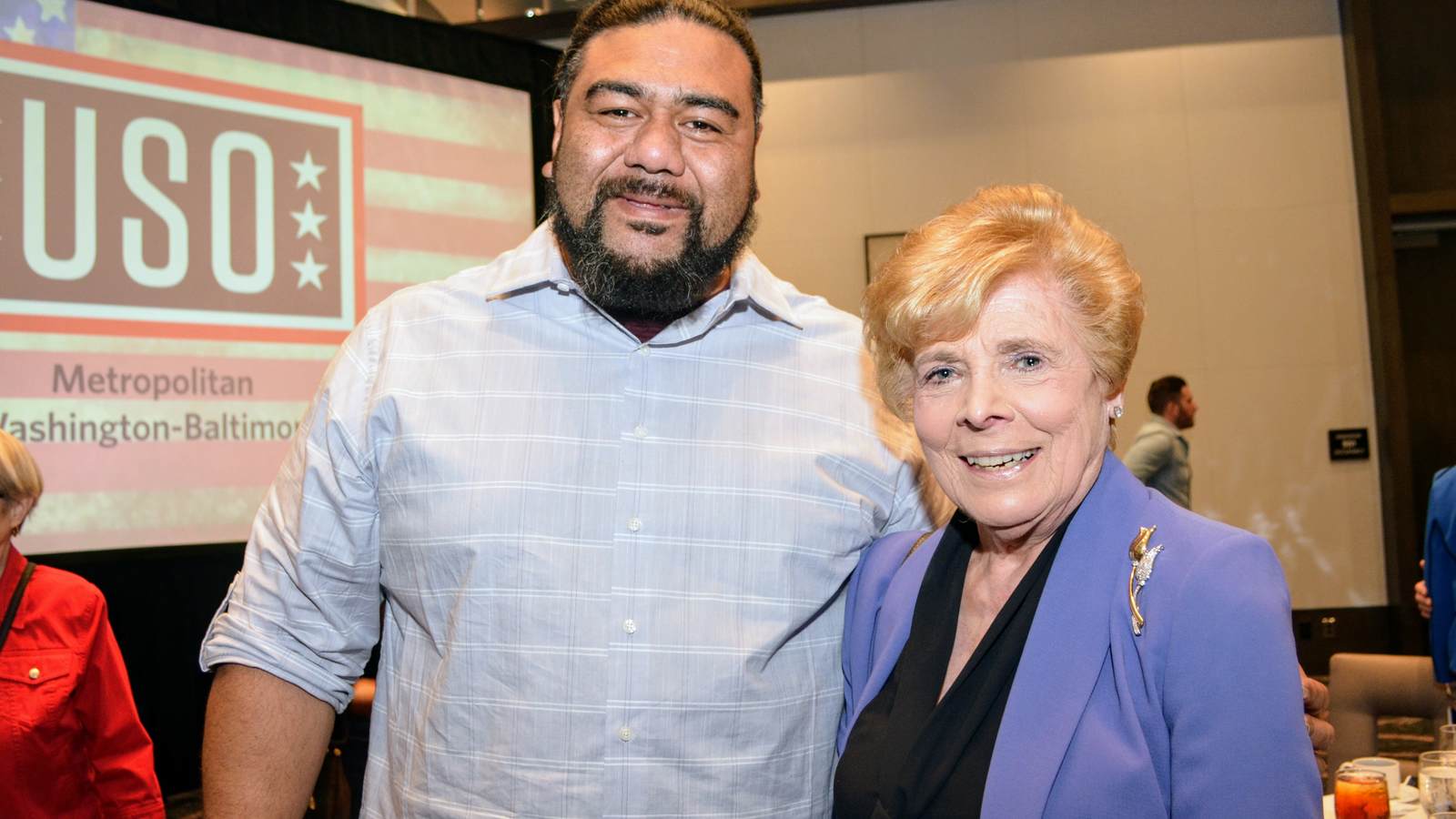 USO-Metro’s 2019 Volunteer Luncheon highlighted the direct impact that USO volunteers have on the lives of the nation’s service members and their families. Different speakers shared how USO volunteers had impacted them. One of the speakers was Avegalio Vainuupo, also known as AV, who medically retired from the U.S. Army after more than 12 years of service to our nation.

AV grappled with deep-seated anger and guilt after the loss of 15 of his comrades and witnessing so much trauma while serving in Afghanistan. He hints, to an audience of nearly 300 USO-Metro volunteers, that upon returning to the United States, he was consumed and haunted by the gut-wrenching horrors of war, which made it difficult for him to interact with others.

While visiting the USO Warrior and Family Center at Bethesda, he first resisted the casual greetings and light pleasantries of the volunteers. He admits that at times he angrily grunted at them in hate. Yet, he says, despite his unwillingness to engage them, the volunteers remained undeterred and unafraid as they continued to greet him each time he glanced just past them.

Then, one day, Ruth Arron, a long-time USO-Metro volunteer, welcomed him and something clicked. He explains that Ruth greeted him the same way she always had. There was nothing particularly special in her words but for some reason something moved and shifted inside of him.

Soon AV began participating in USO-Metro’s resiliency art and writing programs. It was through poetry that he stepped onto a path that guided him through his tangled spheres of tormented emotions. He shared part of his journey by reading a poem he wrote one year ago for his mother. With each passage he paused and took a deep breath, as if to calm some of the pain that still rattles in his lungs.

The audience was captivated with many moved to tears. It was lost on no one that before them stood a man once so crippled by anger and pain that he was unable to speak to any one person. Yet, on this day in National Volunteer Month, he was speaking to hundreds of them from a stage using a microphone. And from that stage he provided a glimpse of some of the darkest moments of his life as his way to thank those USO volunteers who helped bring back some of his light.