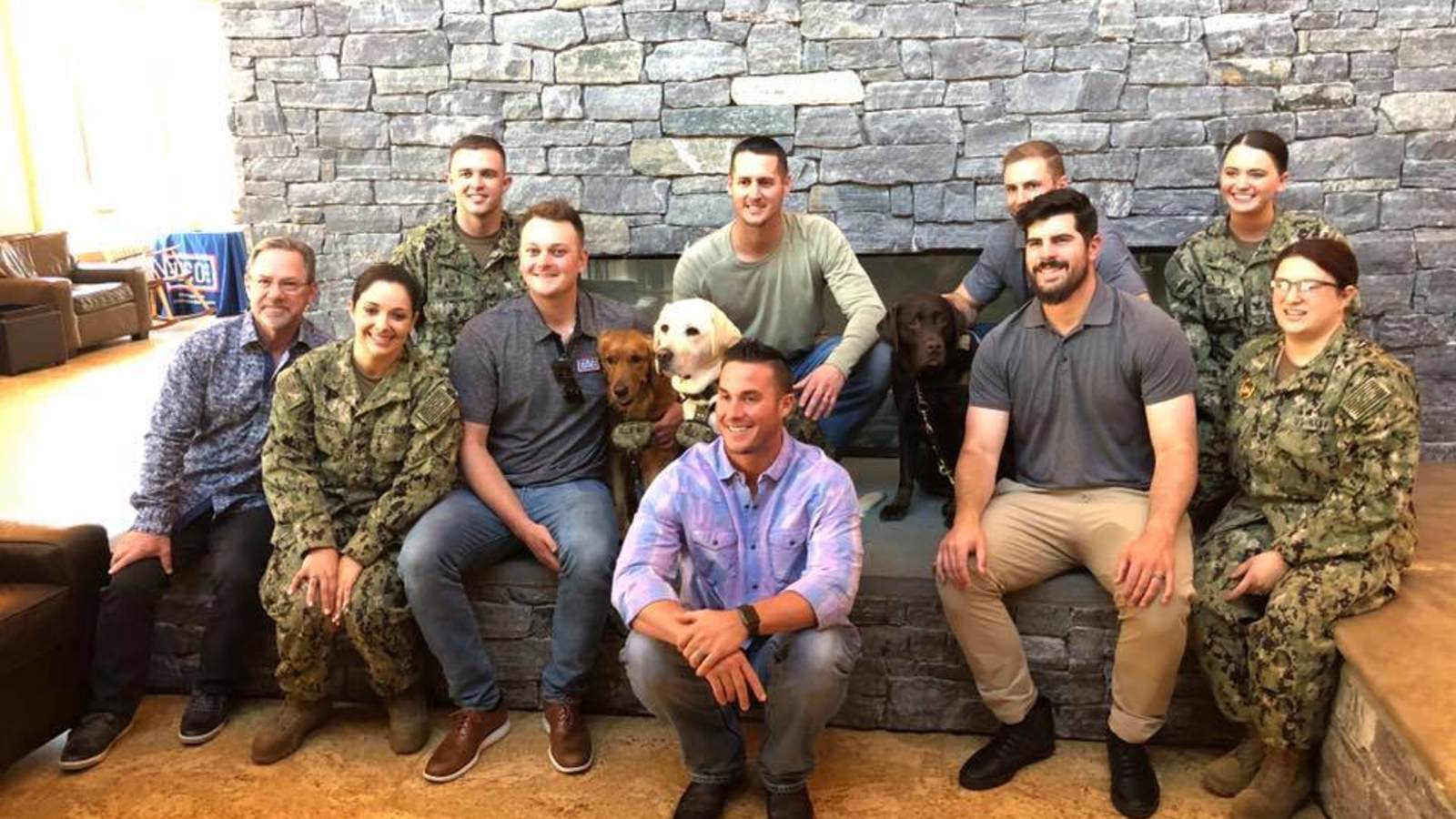 April is Month of the Military Child, and USO-Metro Centers throughout the National Capital Region served military children with programs and activities.

The USO Warrior and Family Centers supported military children with fun activities like the Stuffed Animal Sleepover Party and an egg hunt!

The USO Warrior and Family Center at Fort Belvoir shared the exciting news that the Invincible Spirit Concert with Gary Sinise and the Lt. Dan Band will be at Fort Belvoir on May 23rd!

The USO Warrior and Family Center at Bethesda hosted players from the Chicago White Sox.

The USO Warrior and Family Center at Bethesda also had a great brunch and egg hunt!

Our USO-Metro Airport Lounges had many memorable moments this month!

Traveling service members and their families enjoyed plenty of food at the Dulles International Airport USO Lounge. From full freezers to lemonade and Girl Scout cookies, everyone had something to enjoy!

The Joint Base Myer-Henderson Hall USO Honor Guard Lounge and all USO-Metro centers highlighted a special ticket campaign with the Washington Nationals!

USO Fort Meade hosted their annual Spring Fling and had plenty of activities for families to enjoy.

USO-Metro Mobile and Field Operations announced a call for formal dresses and accessories for Project Cinderella!

Always know what is going on at a USO-Metro location near you by liking our USO-Metro Center Facebook pages!