Four Hours A Week for Thirteen Years - A Lifetime of Service 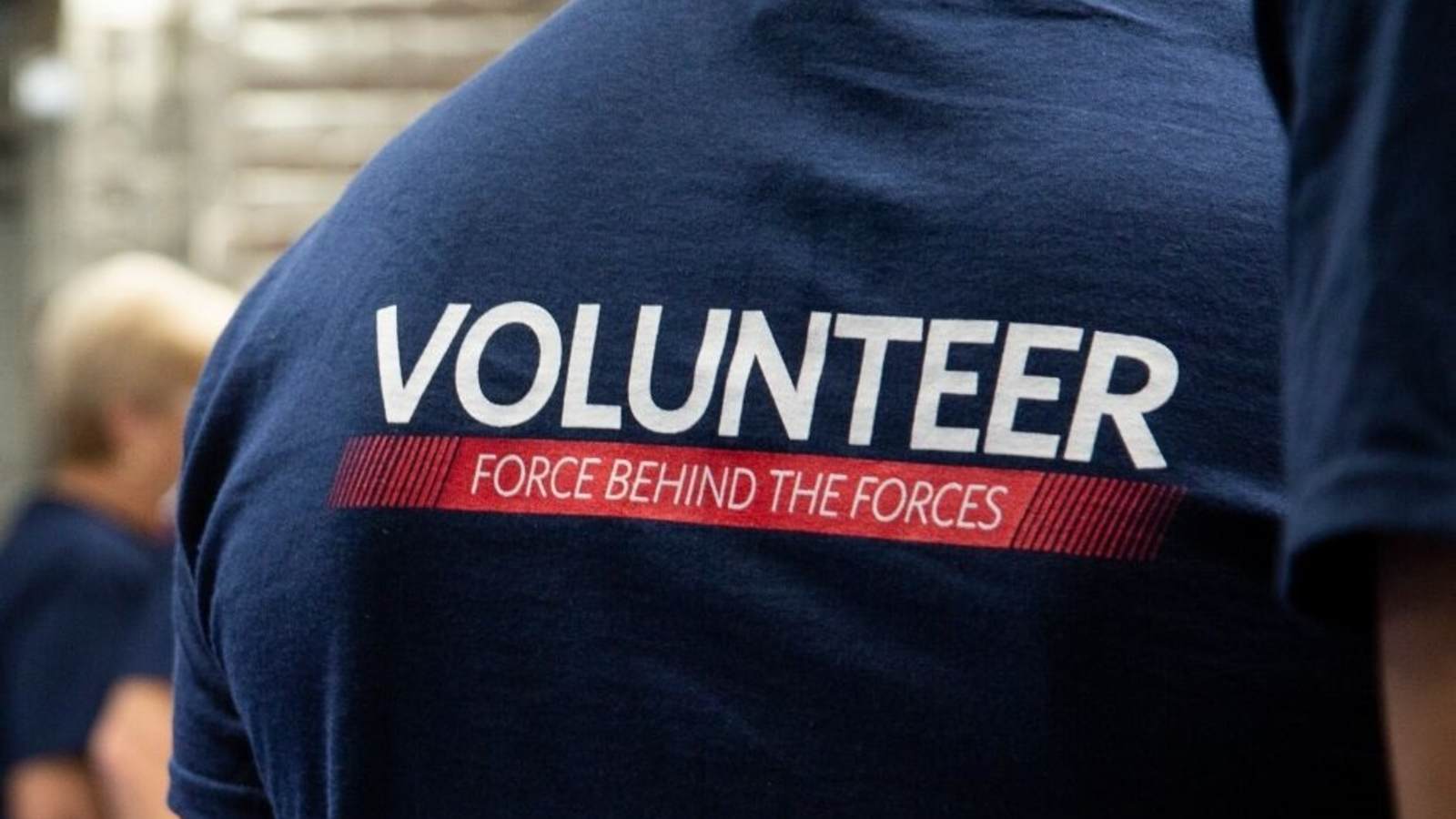 It’s 5:55am on a Wednesday morning – the American flag is posted outside the glass doors, the coffee is freshly made, the creamer restocked, and a trio of volunteers are preparing to open the USO Lounge at Washington Dulles International Airport Lounge (USO Dulles). For 13 years, the three have dedicated their time and their hearts to serve those who defend our nation.

USO Dulles exists in large part due to the tenacity of its longest serving volunteer, Bill Campenni. The months and years following the September 11, 2001 attacks on the United States saw a tremendous surge of patriotic Americans joining the U.S military. Whether deploying overseas or PCSing with their families, many of them traveled in and out of Dulles Airport. Campenni’s wife, a United Airlines employee at Dulles, responded to service members’ questions regarding a USO in Dulles Airport which she shared with her husband.

Campenni understood why they asked. As a retired Air Force officer, he himself had benefited from the services provided by the USO; so he made it his mission to see one at Dulles Airport. More years than he would care to admit passed, but he persisted, and in the end, it paid off. In 2006, his mission finally was put into motion when a receptive Dulles Airport manager, who had served in the Navy, paid attention.

John Nash, also a retired Air Force officer, was attending a luncheon where Elaine Rogers, President and CEO of the USO of Metropolitan Washington-Baltimore, was delivering the keynote address. In her remarks, Rogers spoke with great passion about the thousands of volunteers serving at USOs throughout the National Capital Region. She described them as the backbone of the USO and highlighted the benefits of volunteering. She asked members of the audience to consider volunteering at the newly opened USO Dulles Airport Lounge.

Rogers’ speech peaked Nash’s interest and soon afterward, he signed up to volunteer at Dulles. Like Campenni, Nash had benefited from USO services during his long military career, so giving back to the organization, he says, was a “no brainer.” He was assigned to the Wednesday, 6:00am-9:00am shift with Campenni. To date, together the two men have opened the doors of USO Dulles more than 650 times.

On Labor Day in 2008, Karen Belle, daughter and wife of military veterans and the mother of an active duty Naval officer, began volunteering at USO Dulles. It was her way of saying “thank you” to those bravely serving our country. She joined Campenni and Nash on the Wednesday morning shift in January 2011, as the number of volunteers per shift increased from two to three to fully staff the recently renovated and expanded lounge.

For Campenni, volunteering at the USO provides him the opportunity to be of direct assistance to our nation’s active duty military. He believes that as a military veteran it is easy to forget what it was like to be an 18- or 19-year-old, away from the home for the first time and thrust into a world of military discipline, duties and deployments.

For Belle there is tremendous satisfaction in supporting military members and their families, but she also truly enjoys the time she shares with other volunteers. She finds the USO Dulles volunteers to be a warm, friendly and a giving group of people. Over the years she has volunteered, she says she has developed many wonderful friendships.
Thirteen years of volunteering provides many memorable moments. For Campenni, there was the time when Buzz Aldrin, Apollo 11 astronaut, walked into the Lounge asking for a cup of coffee, indicating that he was retired Air Force, yet he had no military ID. Another memorable moment happened in 2011 when Miss America Teresa Scanlan, sat behind the volunteer desk, complete with her sash and tiara, signing in stunned service members. Watching the surprised reactions was pure entertainment for the volunteers.

Although the long-serving volunteers have seen many four-star admirals, generals, and members of Congress, they agree their most memorable guests are the service members who do not have recognizable names. It is these men and women who when asked why they joined the military answer by describing the United States of America in the most articulate, passionate, and patriotic way.

Throughout their time volunteering for the USO, the trio have seen the gamut of needs. From lost military orders, transportation questions, being stranded at the airport due to a snowstorm with no money, to a spouse not arriving on an incoming flight from Kuwait –there is no end to the kinds of issues that volunteers confront during a four-hour shift. Campenni says, “It is rewarding to walk to your car at 9:00am, knowing that you just helped someone out of a fix.”

After nearly two decades of war, these three volunteers have welcomed many of the wounded service members who have given so much in defense of our nation. Campenni recalls when a young soldier, who had sustained substantial injuries during the war, came to the Lounge with his caretaker father. The soldier was on temporary leave from his treatments at Walter Reed Bethesda. He had no leg, no hip, only half his pelvis and significant head and brain injuries. Yet despite these injuries, he was still upset that the Army would not let him go back to the sandbox to carry on the fight with his battle buddies.

On another occasion, a wounded service member entered the Lounge on his two prosthetic legs carrying a gym bag full of his spring legs. Talking to the volunteers he expressed frustration that the Marine Corps Marathon would not let him compete because they felt he had an unfair advantage using his springs. Nash also fondly remembers the 125 Wounded Warrior athletes traveling through Dulles Airport en route to London to compete in the inaugural 2014 Invictus Games. He had the unique experience of photographing and talking with these American heroes.

For Belle, one of her most powerful memories was when she received a call from a desperate mother. The mother was trying to locate her son who was returning on emergency leave from an overseas deployment to attend his father’s funeral. Unbeknownst to her son, the time of the funeral had changed and if he connected with his ticketed flight, he would arrive home too late.

His mother had rebooked him on an earlier flight, but needed the assistance of the USO to locate him to let him know. Belle was able to find him, tell him about the flight change, and assist him to his departure gate. Weeks later, Belle received a “thank you” note from the mother. Belle says, “That note truly brought home for me the value of volunteerism.”

Second to serving our travelling military, it is the camaraderie developed by these three volunteers that is key to their continued volunteer service. They admit at times that the early hour start can be a challenge, but they plan to continue to give their time to the service members and their families who travel through Dulles Airport for many more years to come.