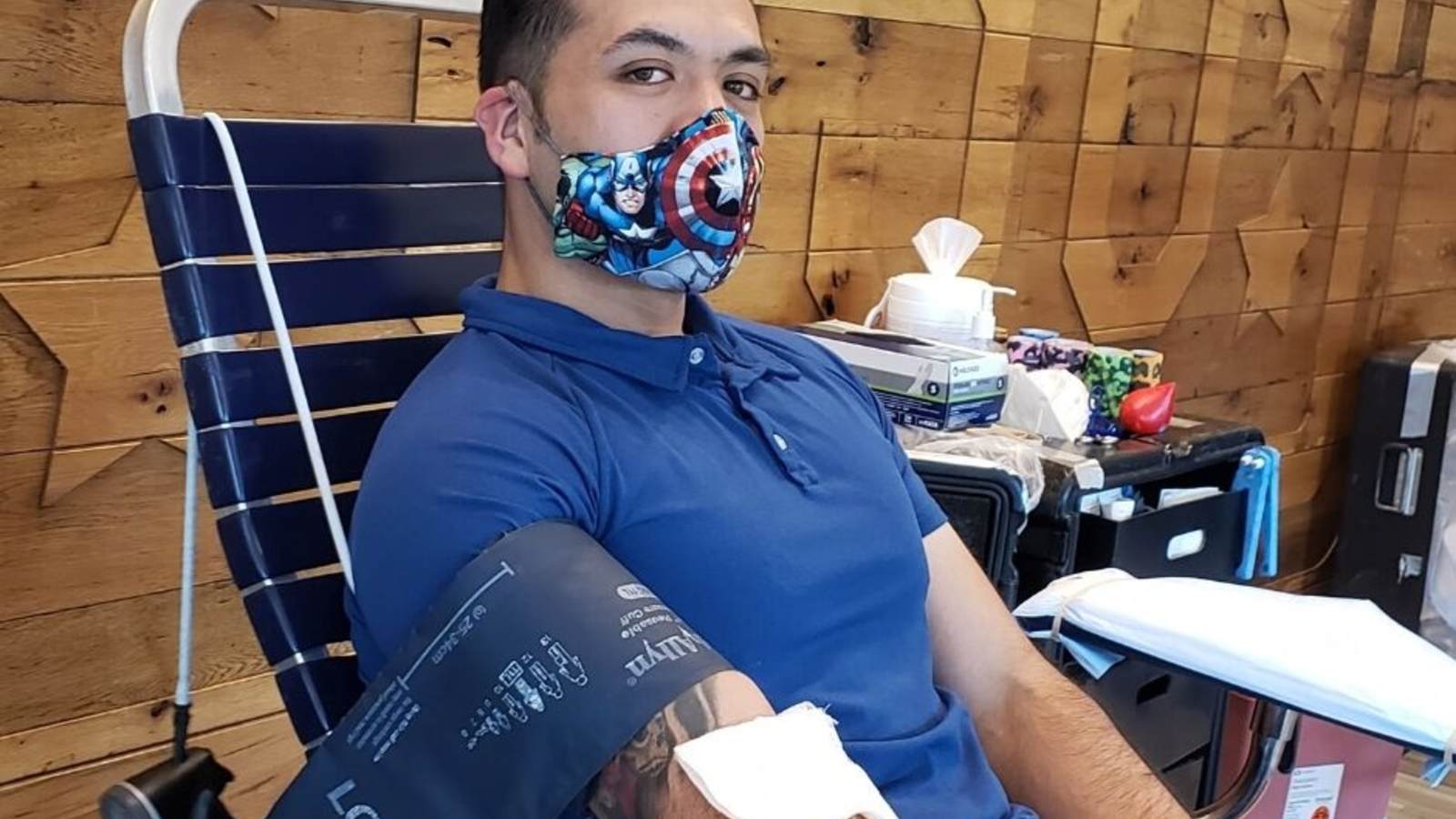 Having all 10 USO-Metro locations shut down due to the ongoing coronavirus pandemic has been hard on USO-Metro staff, most especially its 1,300 dedicated volunteers. Despite the circumstances, USO-Metro has found creative ways to support the men and women of the Armed Forces and their loved ones via virtual programming and Grab N’ Go meals to name a few.

Undoubtedly, the organization’s most critical initiative has been its collaboration with Armed Services Blood Program (ASBP). ASBP is the official military provider of blood products to U.S. Armed Forces. As a division in the Defense Health Agency’s Combat Support Directorate, ASBP focuses on equipping the warfighter with the lifesaving blood and blood products needed on the battlefield as well as in military treatment worldwide.

When the pandemic hit, many of the venues scheduled to host ASBP blood drives suddenly closed, including the USO Warrior and Family Center Fort Belvoir.

“I called the USO Warrior and Family Center at Fort Belvoir to confirm we would need to cancel our pre-scheduled blood drive,” wrote Donna Onwona, from ASBP. “To my surprise, they not only allowed us to keep it on the schedule, but offered for us to continue using the USO center for as long as we needed.”

According to Onwona, since 2014, ASBP has collected 1,369 units of blood, which has brought injured war fighters home from the frontline alive and saved the lives of patients being cared for at medical treatment facilities in the National Capital Region.

“Being able to continue to support our service members through these blood drives has meant a great deal to all of us at USO-Metro,” wrote Heidi Miller, USO Center coordinator. “We are dedicated to supporting the men and women who protect us, so to be able to be a part of ensuring that this life-saving resource is available to them when needed is heartwarming.”

“The USO Warrior and Family Center has been one of our most dependable partners, not only on Fort Belvoir, but throughout the National Capital Region,” wrote Onwona.

Since the early weeks of the lock down, ASBP has collected 131 units of blood from donors at the Warrior Family Center Fort Belvoir with a potential to reach nearly 400 patients.

“I have often said that USO-Metro saves lives, particularly as it relates our nation’s wounded, ill and injured to service members through our resiliency and caregiver programs,” wrote Elaine Rogers, CEO of USO-Metro. “But to know that we are literally helping to save lives of service members who have fought on battlefields is incredibly meaningful.”

Not even a worldwide pandemic can keep USO-Metro from doing all it can to support military members and their families in every way possible. USO-Metro is working with Garrison Commands and Airport Authorities on implementing safety precautions to begin the gradual process of reopening.