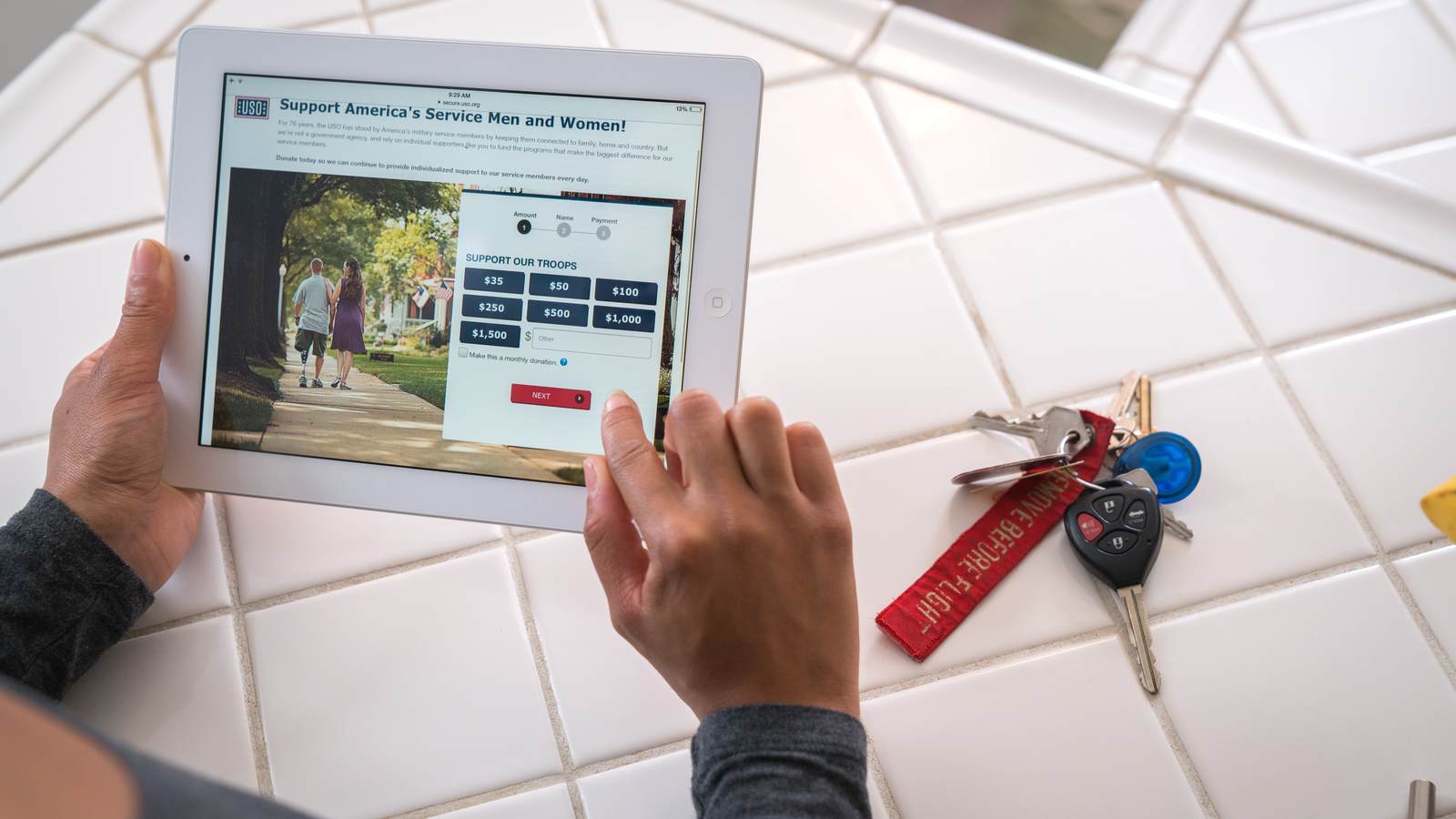 In mid-March, when the cornavirus pandemic forced USO-Metro to close its USO Centers and Airport Lounges, its staff quickly pivoted by finding innovative ways to continue to keep service members and their families connected. Almost overnight, USO-Metro adapted its programs to an online platform while still providing crucial onsite support to service members. Staff members delivered critical assistance to local communities and military medical staff at military hospitals across the National Capital Region. To assist with funding these efforts, USO-Metro launched its #combatCOVID19 fundraising campaign from April to May 2020.

The fundraising effort included an individual online fundraising campaign with a goal of raising $20,000 to support the Washington-Baltimore military community. By mid-April, USO-Metro had quickly surpassed this mark and set a new goal of $40,000. Not only did donors and supporters help USO-Metro to meet its new goal, they actually exceeded it raising a total of $43,517.23.

Parallel to the individual online campaign, USO-Metro executed a corporate fundraising campaign with a goal of raising $75,000. Once again, by mid-April, it had exceeded its goal, so USO-Metro doubled the amount to $150,000. By the end of the campaign, corporate partners generously donated more than $201,000.

The nearly $245,000 influx in funding will go a long way to ensuring USO-Metro can continue its mission of keeping service members and their families connected to each other and their communities. Over the last 2 ½ months alone, USO-Metro has provided close to 56,000 instances of service.

Impact by the Numbers

• More than 26,700 service members and their families participated in virtual programming including online contests and activities such as Bingo, Trivia, Pet photo contests, Kids’ Comedy Corner, story time, and Family’s Got Talent. The number includes nearly 6,000 who participated in resiliency and educational programming such as transition workshops, creative writing, music lessons and open art. In addition, networking opportunities, such as Coffee Connections and Coffee Chats were made available.

• USO-Metro also launched “Connecting the Forces,” made up of eight virtual Q&A sessions with USO-Metro celebrity friends. With entertainment being a highlight of the USO, it was important to continue to offer morale-boosting opportunities. Going virtual allowed USO-Metro to enhance its typical “meet and greet” to include increased time with talent in a personal setting. From WWE Superstars to Rob Gronkowski, pro football star, service members and military dependents had the opportunity to speak with some of their favorite entertainers, making a true connection between the forces.

As USO-Metro looks to physically re-open its locations in the coming weeks, it continues to support service members and military medical personnel throughout the National Capital Region with meal deliveries and resiliency kits as well as with virtual programming. In the virtual realm, USO-Metro has announced two of its summertime events, BBQ Battle and Firecracker 5K for the Troops, will still take place!

The 28th Annual Giant National Capital Barbecue Battle will be hosted virtually with free activities throughout the month of June. Be sure to check out USO-Metro’s Military Chef Cook-Off where military chefs from each service branch will face off to see which will be crowned victorious in prepping the best BBQ! Visit www.bbqindc.com for this summer’s hottest new virtual festival and pick-up your Giant coupon book, benefitting USO-Metro, next time you are in the store!

To register for the Firecracker 5K and 1 Mile, visit usometro.org/firecracker5K and fund raise on behalf of USO-Metro.

Thank you to our #combatCOVID19 corporate supporters!