The Healing Power of a Handshake 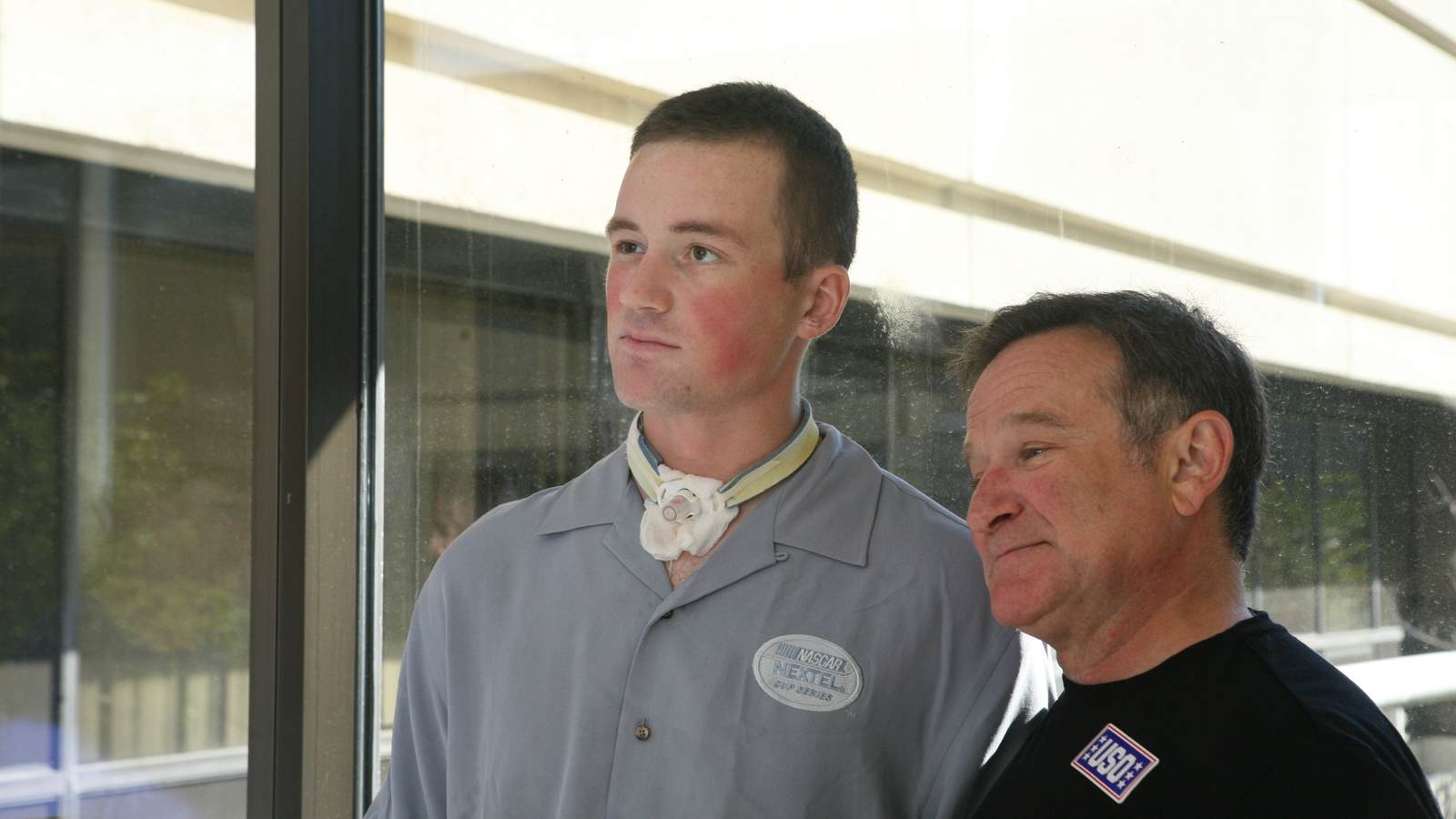 In a new documentary detailing the final days of the larger-than-life actor and comedian, Robin Williams, Robin’s Wish takes a look at the life and impact Williams had on those around him and the light he brought to so many, including our men and women in uniform.

While many know Williams for his stand-up routines and iconic roles in films like Good Morning, Vietnam, Good Will Hunting, and Mrs. Doubtfire, the actor was involved in a number of philanthropic initiatives, including time spent visiting U.S. troops serving in our armed forces.

Williams made at least six trips to Afghanistan and five trips to Iraq to entertain service members during their deployments. The comedian also took time to visit military installations and hospitals stateside through a number of Handshake Tours put on by the United Service Organizations, Inc. (USO). There was one visit, in particular, to a wounded service member recovering at the hospital now known as Walter Reed National Military Medical Center, that Elaine Rogers, President and CEO of USO of Metropolitan Washington-Baltimore (USO-Metro) recalls in Robin’s Wish.

“On the day we visited the hospital, we entered the room of a wounded service member whose girlfriend had just decided that living with this was too much for her, and she left. You could tell that this service member was in such despair, trying to reckon with the idea that anyone would be able to love him as he was then. Robin pulled a chair right up to his bedside and spent an hour with him talking about fear and how they would be able to overcome this together,” Rogers recounts.

“Robin was able to connect with and understand service members in a way that many people can’t. He made them feel heard. He brought so much joy and laughter, compassion and empathy to those USO Handshake Tours, and he changed a lot of lives through those visits.”

Known now as “USO Handshake Tours,” the USO’s tradition of teaming up with some of our country’s brightest stars to produce concerts, meet-and-greets and other interactive events for our service members at home and overseas began in the early 1940s with the USO’s one-man morale machine, Bob Hope. Since then, the organization has continued to bring stars from music, comedy, sports, film and television to 19 different countries on 41 separate tours, reaching over 87,000 service members and their families during their military service in 2018 alone.

About USO of Metropolitan Washington-Baltimore:
The USO strengthens America’s military service members by keeping them connected to family, home and country, throughout their service to the nation. USO of Metropolitan Washington-Baltimore (USO-Metro)’s Centers serve as a home-away-from-home for troops and their families. Throughout the year, hundreds of events take place at USO-Metro facilities and aid in boosting morale, building a sense of community and helping to ease the burdens of a transient military lifestyle. Staffed by trained volunteers, USO-Metro supports the specific needs of single service members, couples, spouses, families, children, teens, wounded, ill and injured service members and their caregivers.