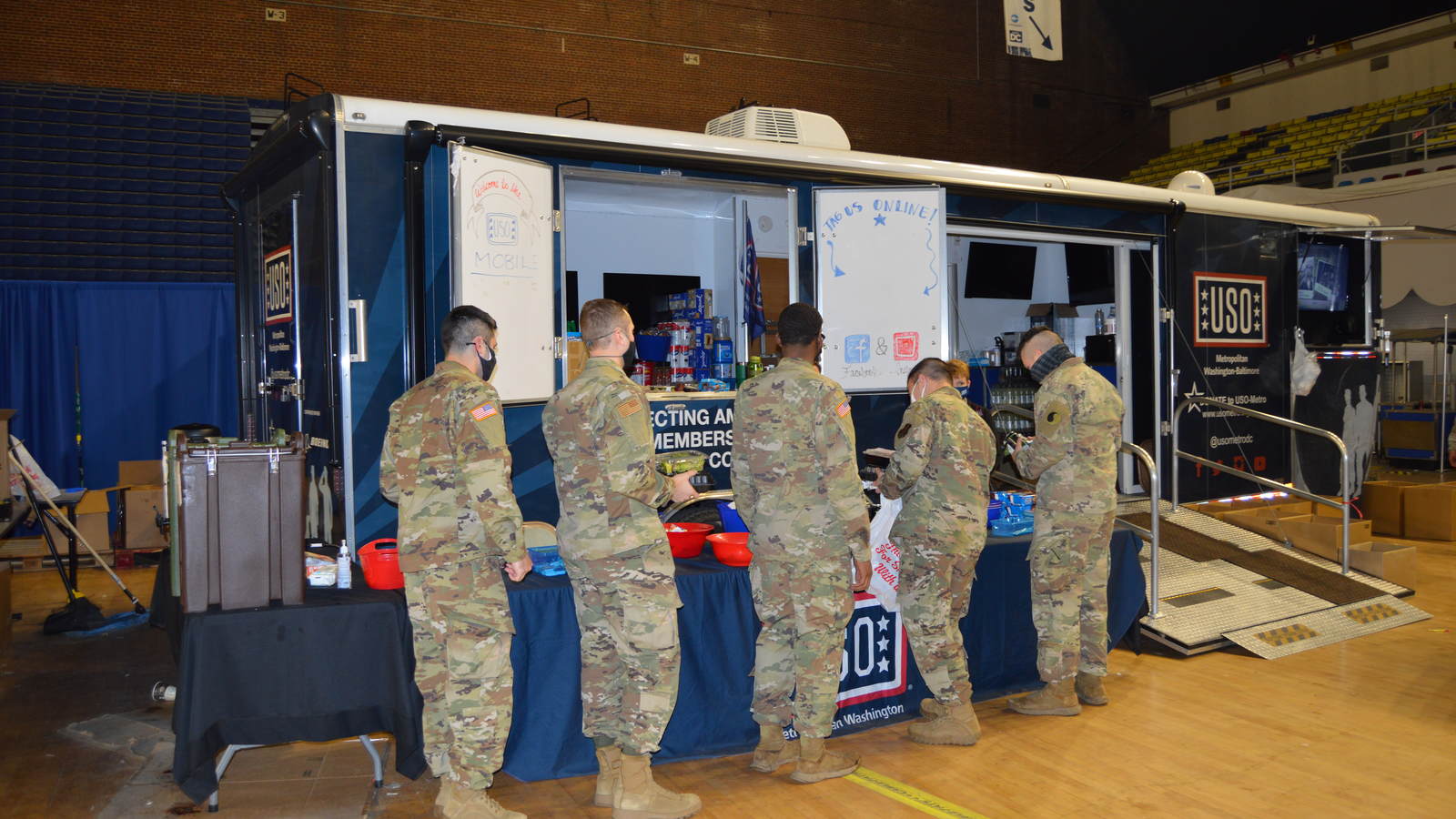 As thousands of National Guardsmen flooded the Nation’s Capital ahead of Inauguration Day on January 20, 2021, USO of Metropolitan Washington-Baltimore (USO-Metro), in partnership with USO, Inc. Mobile staff brought in from around the country, has continued working nonstop to support both local and visiting soldiers and airmen while they operate within the National Capital Region. Since setting up operations during the first week of January, USO-Metro established a presence within the D.C. Armory and provided snacks, hygiene products, and an overall boost in morale to the 20,000-plus service members temporarily assigned to Washington, DC.

“The gratitude from these service members was overwhelming, especially after standing long hours in the cold. It’s a privilege to be a part of the USO, and Never Forget those who serve,” reflects Lisa Marie Riggins, President and CEO of USO-Metro.

USO-Metro has deployed two of its three Mobile USOs, functioning as a USO center on wheels to deliver support to military on the front lines of the Capitol and at security checkpoints throughout the city while maintaining a stationary “lounge” at the DC Armory for soldiers and airmen transitioning in and out. Additionally, USO staff welcomed all flights coming into Joint Base Andrews prior to Inauguration Day and waved farewell to those service members departing the National Capital Region following the mission. Functioning as one of USO-Metro’s ten locations, the Joint Base Andrews USO Lounge typically serves 7,000 service members per year. In less than 48 hours leading up to January 24th, the lounge has provided hot coffee, food, and a welcoming face to over 9,000 guardsmen from all 50 states and four territories, solidifying this event as one of the busiest in the lounge’s history. 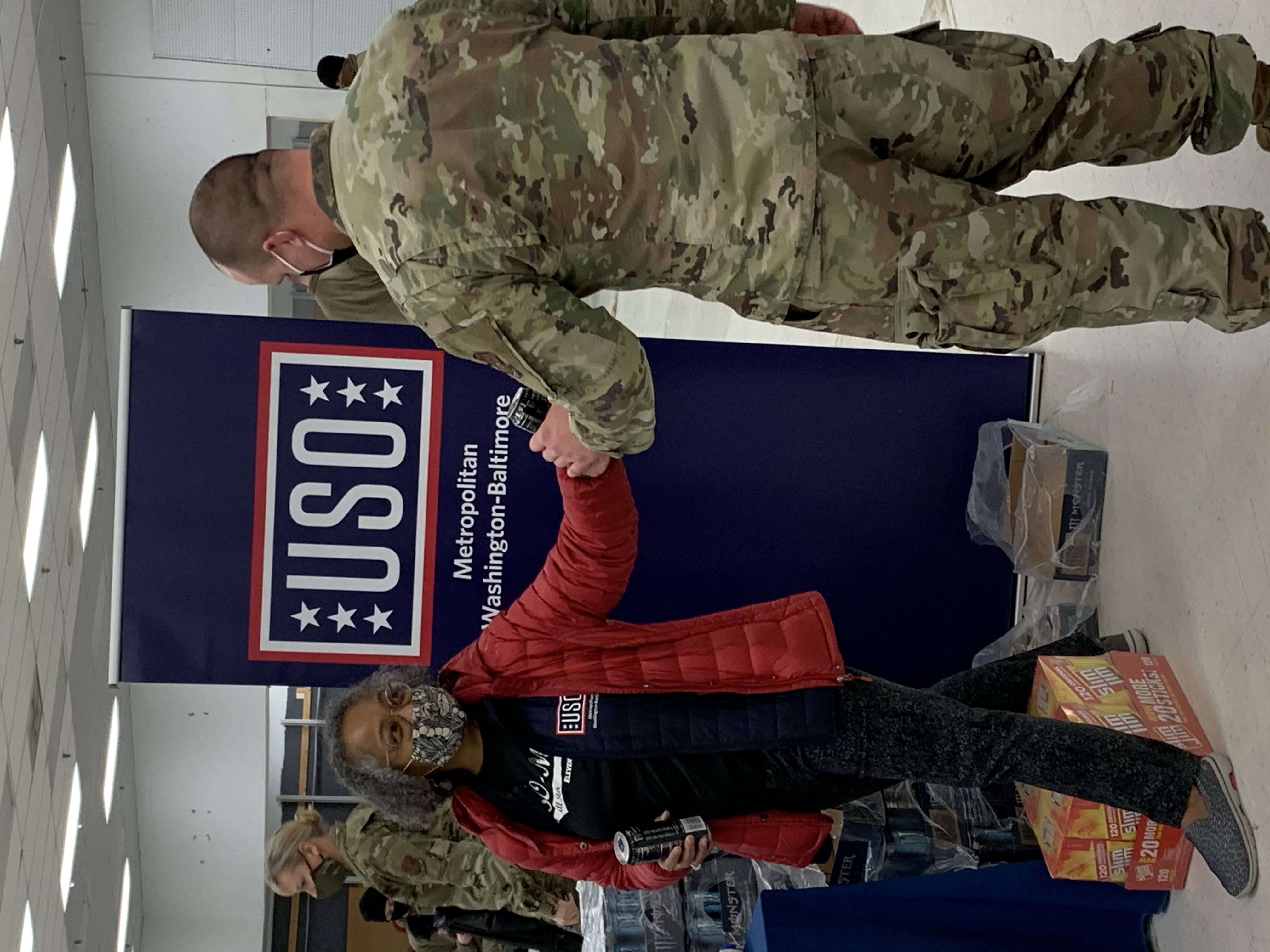 The mission of the USO is to strengthen America’s military service members by keeping them connected to family, home, and country throughout their service to the nation, and USO-Metro is proud to provide continual support and a friendly face to the National Guardsmen visiting the region at this time.

To learn how you can support USO-Metro’s mission, visit www.usometro.org/support.