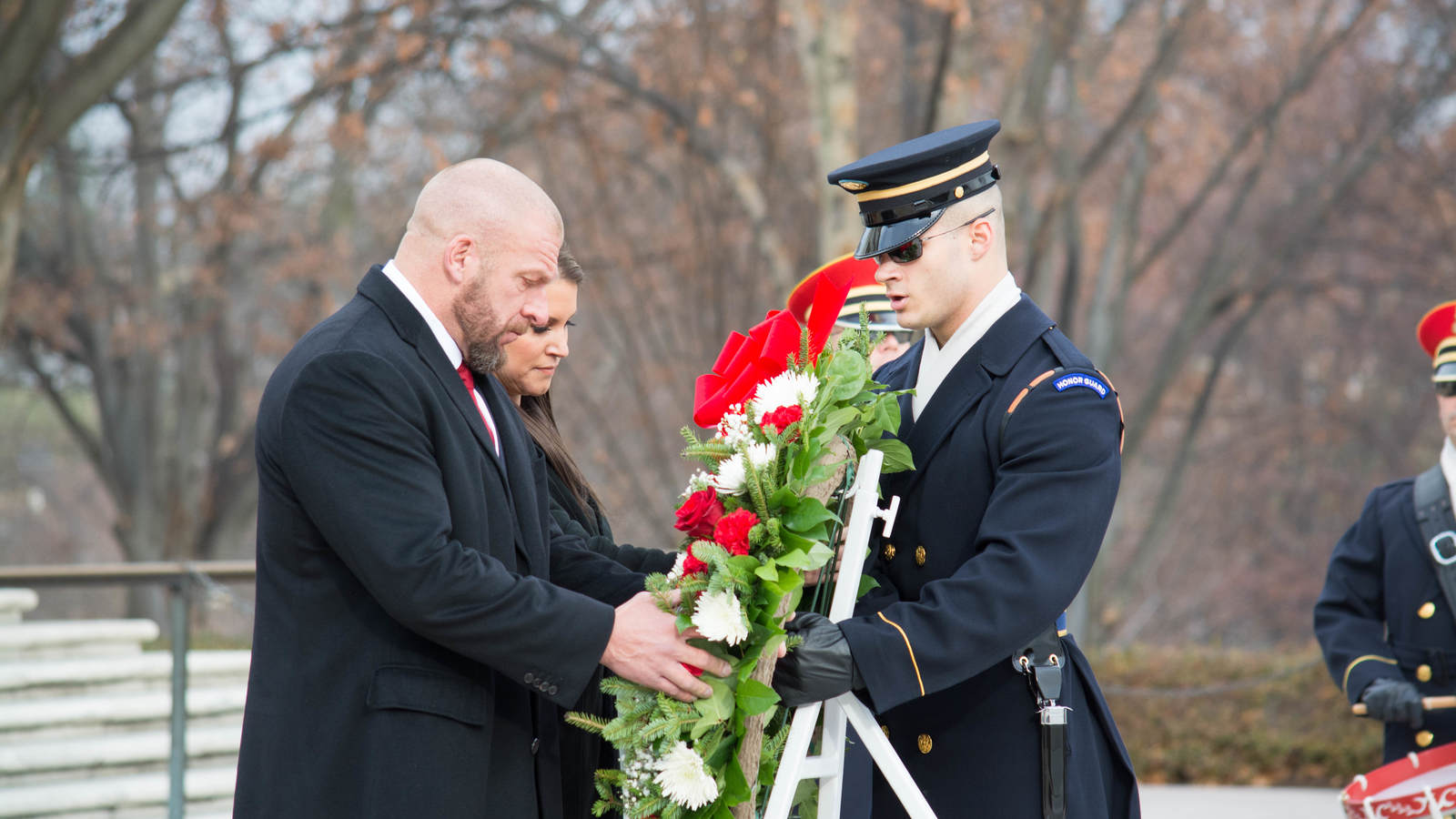 In celebration of the USO’s 75th anniversary, the USO of Metropolitan Washington-Baltimore – the USO’s largest charter in the world – arranged for WWE Superstars to visit seven military installations as part of WWE’s Tribute to the Troops holiday television broadcast. Marking the 14th annual Tribute to the Troops, WWE held the patriotic event on Dec. 13 at the Verizon Center in Washington D.C

USO-Metro coordinated with local military installations to arrange for 50 WWE Superstars to visit with thousands of active duty service members and their families from each branch of service. Over a six-hour period, teams of WWE Superstars fanned out across the National Capital Region participating in unique experiential activities and meet-and-greet autograph and photo sessions.

Alongside active duty service members, Superstars tried their hand at a live ammunition firing range, rode on a 29’ Coast Guard Response boat, took a helicopter ride over the nation’s capital, and visited wounded, ill and injured service members at Walter Reed National Military Medical Center in Bethesda. Several of the Superstars strapped their legs to wheelchairs and competed with wounded warriors in a fun game of basketball. At Fort Meade, WWE held its signature “Be a STAR®” anti-bullying rally for more than 1500 military schoolchildren.

“We were so excited to partner with WWE on Tribute to the Troops, an event that truly has become a holiday tradition for our service members and their families,” said Elaine Rogers, President and CEO of USO Metro. “What better way to thank our active duty military members and their families for their service than by providing them with an amazing day of fun and entertainment.”

USO-Metro invited its dedicated corporate donors to be a part of the fun-filled day. Quick to sign-up to lend a hand included Oakwood Worldwide, which provided bus transportation and box lunches for WWE talent and staff, while EY and Avnet provided hot lunches and made available employee volunteers to serve more than 400 service members.

The day culminated at the Verizon Center in Washington, D.C. for WWE’s Tribute to the Troops live show. USO-Metro distributed 7,000 complimentary tickets to the WWE star-studded event to active duty service members and their families.

Partners for more than 15 consecutive years, WWE and USO-Metro have worked together on countless events from celebrity handshake tours to local military hospitals with WWE Superstars and appearances at USO-Metro signature events including Salute to Military Chefs and USO-Metro’s Annual Awards Dinner.