“Every single staff member stayed.” Reflections on the USO’s 9/11 Era 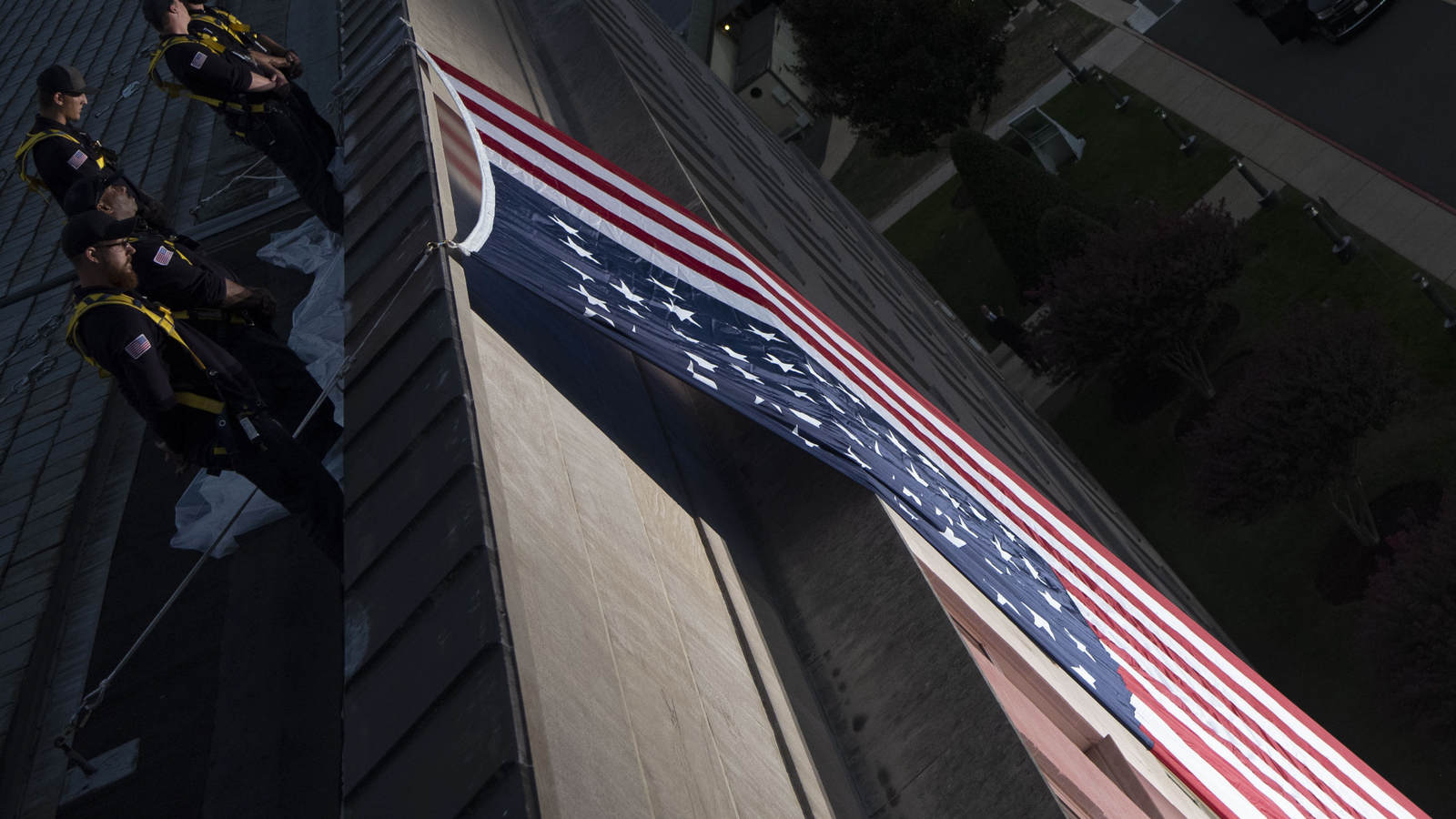 Less than two miles away from the Pentagon, the world changed the morning of Sept. 11, 2001, as Elaine Rogers, president of The USO of Metropolitan Washington-Baltimore, was in a meeting with military members at Fort Myer.

“A colonel ran in and said, ‘The Pentagon has been hit!! ’ Nobody said anything…We knew something horrible had just happened, and we all silently left the meeting and went back to our offices to prepare for what lay ahead.” she recalled.

As the only non-governmental support organization stationed on military bases, the USO immediately became integral to the response. That was particularly true in the national capital region, where the USO had centers on many of the military bases. The centers were largely staffed by USO volunteers, who kept those open 12 hours a day. The centers that day mobilized to help in any way they could.

Those volunteers were of foremost concern for Rogers. Most were military spouses, and none of them at that moment, knew the fate of loved ones, neighbors, or friends.

“We gave our USO staff the opportunity to go home or to stay at their USO,” Rogers noted. “Every single staff member stayed where they were.”

That commitment to serving those who serve still makes Rogers pause.

The 9/11 response, in retrospect, “changed everything we were doing,” she added. “We’ve become, in essence, a social service organization…We became a first responder.”

That evolution began during the first chaotic hours after the attack. Landlines in USO offices became lifelines as cellular networks failed. Food and drinks and cots were gathered for victims, families, and military personnel streaming onto bases. Military personnel and family members stranded at airports found refuge in USO lounges. Perhaps most important, the USO energized connections at hotels and apartment buildings to secure emergency shelter locations.

“We did exactly what the military and their families needed,” Rogers said. “We were open 24 hours a day for the first couple weeks…We were with the families (at the military’s outreach hotel) 18 hours a day. There was so much going on that it was weeks and weeks before we could take a step back.”

As September became October, Operation Enduring Freedom began. The war accelerated the USO’s evolution. A case in point: wounded servicemembers were transported more quickly than ever before from battlefields to hospitals like Walter Reed and Bethesda. That meant a continual influx of wounded personnel, and family members, who needed help.

“We greatly expanded all of our programs and services to deal with the needs of the wounded warriors and their families,” Rogers noted.

The war years saw the USO broaden its morale and welfare activities worldwide. Art, music, sports therapies flourished, and a host of entertainers carried on in the grand USO tradition.

Tom Hanks, Stevie Nicks, Gary Sinise, and Robin Williams are among those Rogers got to know well. She has a poignant memory of Williams visiting a gravely injured soldier at the Bethesda, MD, medical center.

“He wasn’t responding to doctors or his parents, but, when Robin walked in, his eyes went to him.” Afterwards, doctors said that response to the comedian was their first hope the soldier would survive.

Although wounded warriors were the central focus, family members became increasingly important. USO staff and volunteers provided them moments of respite outside and inside the hospitals. That included arranging trips around the D.C. region, attending special events, or driving wives, mothers, girlfriends, and sisters to appointments.

“Those were things the USO had never done before,” Rogers said.

In fact, everything has changed since 9/11, not only what the USO does but how it’s perceived.

“We’re not just coffee and donuts and entertainment anymore, We’re so much more,” Rogers noted. “We are representatives of the American public to our military, to let them know they have not been forgotten.”

In February, Rogers retired after 45 years with the USO. Lisa Marie Riggins, her successor, and the daughter of an Army family, sees increased support for military spouses and transitions as central to the USO’s post-war role.

“Spouses are a foundation of a servicemember’s effectiveness,” Riggins said, “and assisting the service members in their transition to a civilian career, is what the USO does to say thank you, for all you and your family have sacrificed for our security.”