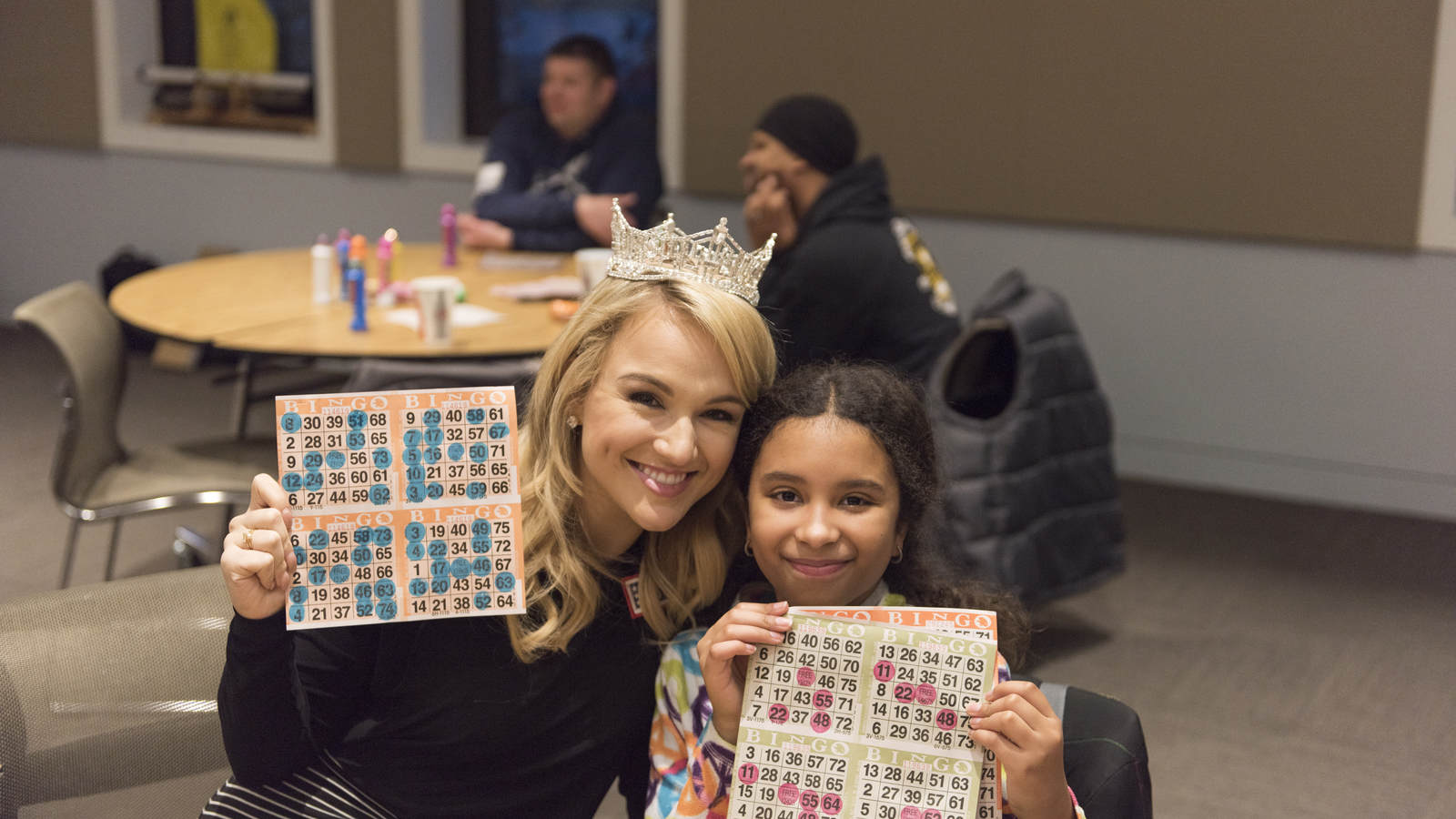 When you hear USO Tour, you might have visions of overseas stages and cross-country concert schedules are front of mind. But did you know that the Washington-Baltimore region is home to one of the largest military populations in the area? And here to let those service members know that America has their back are public figures participating in USO-Metro Celebrity Handshake Tours in the National Capital Region!

This past week, Miss America 2017, Savvy Shields, went on a local USO Tour of sorts, with stops at USO-Metro Centers at Dulles, BWI and Reagan Airports, Walter Reed National Military Medical Center and the USO Warrior and Family Centers at Fort Belvoir and Bethesda. Highlights from these visits included an art program with military children, a lively family BINGO night and the distribution of care packages to deploying service members.

Whenever I come to D.C., I know I’m going to be working with the USO.,“ Sheilds said to The Pentagram. "This has become a very special place in my heart for that reason.

Check out a behind-the-scenes peek at Miss America’s itinerary: